Male – The Capital of The Maldives

Male Maldives is the capital city of the Republic of Maldives which is an archipelago in the Indian Ocean. The city is located in the central part of this small state in Kaafu Atoll. It’s an important starting point for transportation and other inhabitants who live in the other islands. According to its 134 thousand inhabitants and area about 5,8 km2, it is one of the most populous places of the Maldives. The elevation is only 2, 4 m above sea level.

As the historical maritime sources say, the city located on the island with the same name called Male was discovered in the 5th century. A historic milestone for the entire Maldives was the year 1153, when Arab traders arrived in the city and spread Islam there. The whole archipelago still professes this religion and many cultural buildings are influenced by the faith.

As a colonizer country, Portugal played an important role in the 16th century, as well as France (which was the first colonizer country after the year 1665, the year of gaining independence) and then Great Britain. Therefore, English has become an official language, which is a great advantage for all tourists and their orientation in the city.

The city of Male has literally limited capacity. It’s very important to thoroughly consider what and where to build, expand or possibly modernize in any way. The boulevards Amir Ahmeda and Madhili Magu are the backbone of the city. In those streets, the famous fish markets take place. It’s one of the “must visit” places for every visitor here in Male. You can taste local specialities as much as many kinds of fruit or vegetables. There is no way to get lost in the streets of Male. They are oriented in an all-connected network, so no one can ever get farer than 10 minutes far from the ocean.

When touring the city, every tourist should focus on important buildings, which definitely include the National Museum, whose building was formerly a part of the Sultan’s Palace. It’s located in the northern part of Male near the Chandhanee Magu street. The Sultan’s Park full of pleasant tree lines is an oasis of calm. In shades created of dense trees, you can find a relax and hide yourself from the strong sunrays, which are really plentiful in the hot alleys of Male.

The Islamic republic naturally includes mosques and minarets. In Male, you can find 35 of these magnificent buildings. The largest and most important is the Great Friday Mosque where you can see a golden dome on its top, which is also a symbol of the capital Maldivian city. Tourists can get there by walking along the Amir Ahmeda Avenue. It was built wholly from marble and is decorated with wonderful ornaments carved in the stone. The main minaret is a thick cylindrical tower, which is not very high, and from which the muezzins invite the believers for the prayer five times a day.

One of the most visited attractions is a view of the residence of the President of the Republic, which is located on the north coast between Amir Ahmeda and Boduthakurufaanu Magu streets. In its nearby neighbourhood, there is the famous Independence Square (Jumhooree Maidan). Narrow streets are all around coloured by houses with many different shades of facades, what makes it look like you’re in a fairy tale. Most of buildings are decorated with the national flag, of which the Maldivians are truly proud.

Sport lovers surely must not forget to visit the National Football Stadium called Rasmee Dhandu Stadium. The capacity of the stadium is 11 850 seats. The central building is on the Majeedhee Magu Street, located on the east of Masjidhul Salaahuhdheen City Park and Mosque.

On the southwest coast of the harbour bay in the Thin Ruh Park, the local government built a modern monument in a memory of the victims of the tragic tsunami in 2004, which is a photographical attraction for tourists.
So, whoever decides to visit this exotic archipelago and mainly the most populous city Male, will be absolutely amazed.

Tourists will also appreciate the variety of souvenir shops.
At every step you take there, you will be surprised by willingness of the residents and the pleasant environment. What’s more, a part of the coast around the city is lined with a beach consisted of sand at some parts and a stone surface at the others. Male is definitely worth a visit. 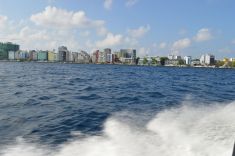 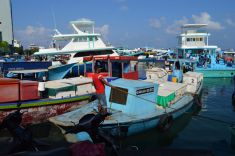 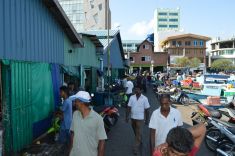 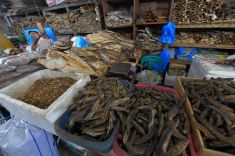 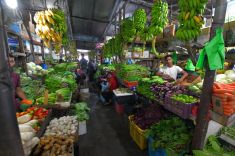 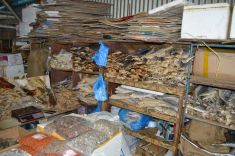 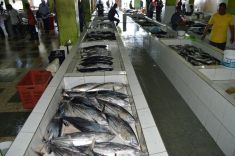 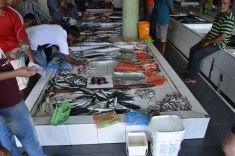 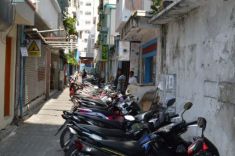 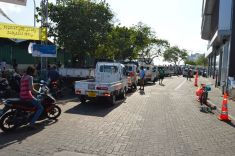 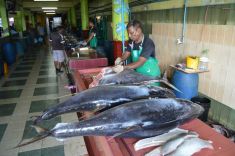 Do you love the typical photos of amazing small white sand island in middle of crystal blue water of the ocean in Maldives? Than make your dreams true and join the trip to a nearby sandbank to swim, snorkel and